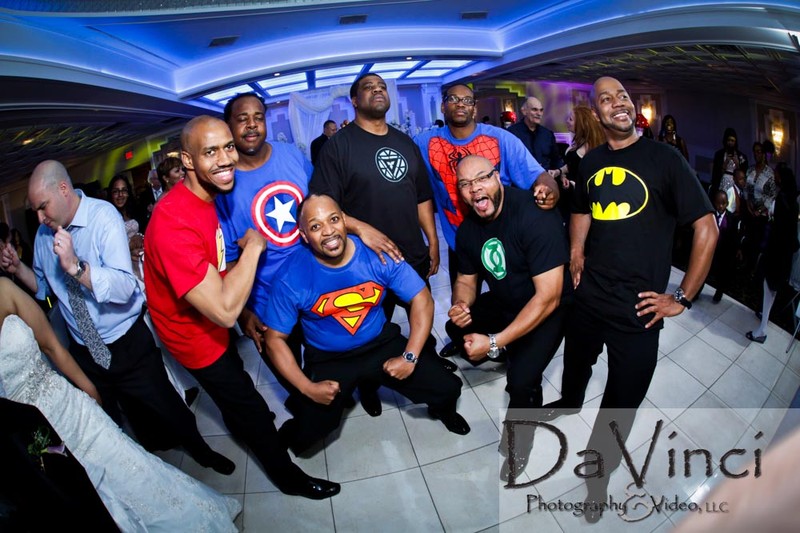 It takes two people to get married—which means two people get to weigh in on their wants for the wedding! You may have had a secret Pinterest board dedicated to the big day since high school, but that doesn’t mean your groom’s opinion is only worth half a vote. Make sure he feels just as satisfied by recognizing these wedding day desires—and then delivering on them.

1. To have his voice heard—from the beginning
You’re in this together, and that means planning together. What that doesn’t mean: having perfectly equal input in every decision made. Take a look at a planning checklist (WeddingWire has one that is organized by month), and divvy up the tasks. Trust him to complete his to-dos with your best interests in mind, and you’ll have a happy groom who will feel proud of his prep work when the big day arrives.

2. Respect for his guests (including those rowdy college roommates)
Sure, some of your groom’s long-time friends might have a rambunctious reputation—and the last thing you need is for one of them to plow over Grandma on their mad dash to the dance floor. But, banishing his people to the far corners of the reception space is a sure-fire way to make him feel second rate at his own wedding. If you’re truly worried about their behavior, try this compromise: save the plum tables for the wedding party and close family, then seat your friends and his friends at a similar spot in the room, like right by the bar. This will give them a chance to mingle, and it will show your groom that your respect for his friends is on par with your respect for yours.

3. A moment that’s all his
Which can be...wait for it... the rehearsal dinner! If his idea of a good time veers drastically from your agreed upon wedding vision, let the party before the party be his time to shine. BBQ, lawn games, a beer tasting—whatever makes him happy. Added bonus: guests will love the variety!

4. A flash of personality
We get it—your guy looks dreamy in a tux. But that doesn’t mean he loves the idea of wearing only black and white! If your wedding is formal but the groom has a more colorful sense of style, gift him brightly patterned socks, kooky cufflinks, or even a fun pair of boxer shorts before the wedding. Also an option: a playful tie, pocket square, or boutonniere. These mini shots of color will personalize his attire without veering too far from the original wedding vision.

5. To loosen his tie (literally)
The vows have been said, the formal portraits have been taken—it’s time to celebrate! As the night gets later, the last thing any groom wants is pressure to look perfect in every photograph. Pick a point in the reception with your groom ahead of time (after the cake cutting, before the bouquet toss) and agree that appearances don’t matter after that. You’ll get the photos you want, and he’ll get to have fun without worrying—everyone wins!

6. A sick send-off
Even if he’s not a car kind of guy, your groom will likely get little giddy at the idea of exiting the wedding in a memorable fashion. Whether it’s a speedboat, bicycles, or a vintage Bentley, arrange for unique end-of-the-night transportation. He’ll feel a lot better about posing for kisses while surrounded by sparklers if something he thinks is awesome comes next.